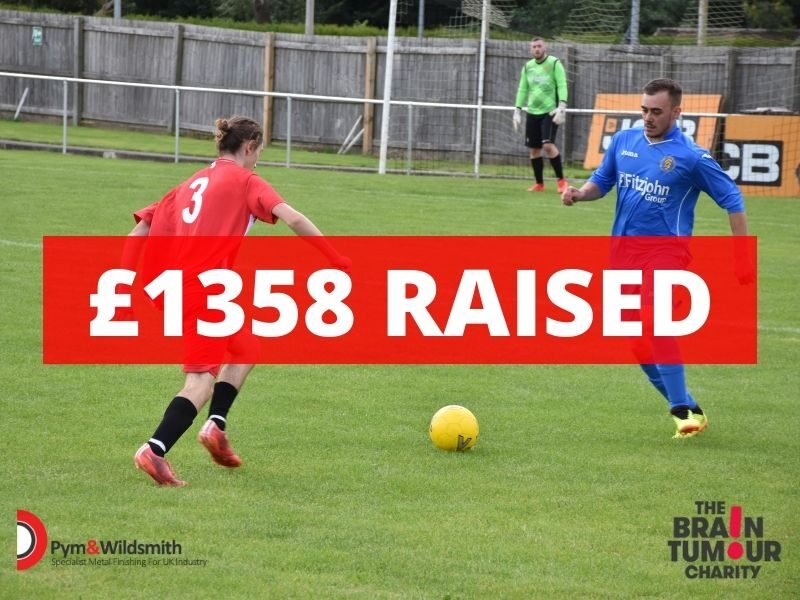 We’re all counted up after Saturday’s charity football match and fundraiser, and the event has managed to raise £1358! Combined with funds raised in our previous Euro 2020 sweepstakes, this brings the total money raised this year for the Brain Tumour Charity to a whopping £1430!

We just wanted to say a massive thank you to the event committee for organising such a fantastic fundraiser, as well as thank everyone who attended or donated, for making the day more successful than we could have predicted.

The Football match had a great turnout

The football match proved to be a great opportunity to let off some steam, with employees taking on family and friends in what was admittedly a bit of a one-sided result, finishing 6-0 in favour of the employees. Both sides looked fantastic thanks to the venue providing spare uniforms for the event.

The raffle was a huge success

Among the number of activities available on the day, the raffle was a particular success, raising £200 alone! This couldn’t have been achieved without the generosity of local donations from inside and outside of the company.

This isn’t the last of what we have planned, so make sure to follow along to see what else we have in store, we will be sharing the full album of photos from the event over on Facebook, so make sure you don’t miss out.

In the meantime, if you didn’t make the event and would like to donate to the fundraiser, you can do so on the link below:

One last thank you

Another last thank you goes out to the team at Rocester football club for being fantastic hosts for the event and lending us their uniforms for the game, as well as all of the individuals and businesses that generously donated prizes to make the raffle as popular as it was.

We are proud to have attained certification for Quality, Environmental and Health & Safety Management for our Shotblasting, Powdercoating, Paint spraying, Metal spraying, and Electrophoretic Deposition (EPD) for Commercial, Industrial, Automotive and Rail metalwork.

Proud to have worked with:

Great reasons to use Pym&Wildsmith

Wide range of services for a complete metal finishing package

Facility for large scale items up to 6.45 metres