Simon’s Story – Why we chose the Brain Tumour Charity 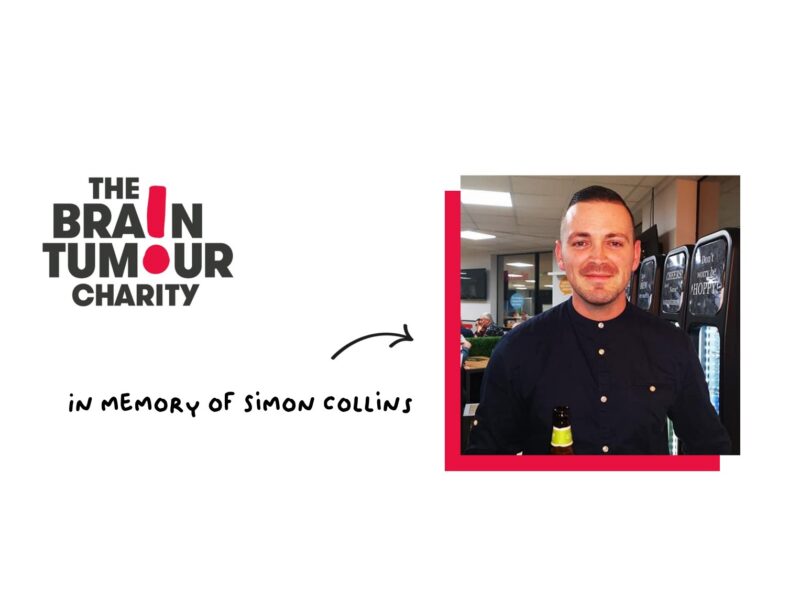 About Simon and his Diagnosis

Prior to his terminal diagnosis, Simon lived a fun-filled life of traveling across the world, seeing west end shows, and being a constant source of joy and laughter to those around him. His positivity and charisma were with him since he was a child and undoubtedly kept him going during his battle. At the start of 2014, Simon was raising money ironically for MacMillan when he first developed symptoms of a brain tumour. From then on his journey fighting cancer gave him many obstacles that he always fought through with his determination. In August 2014 he underwent awake brain surgery at Nottingham Queens Hospital, which removed the majority of the tumour. This was followed by a full course of radiotherapy, with the scans continuously coming back as stable.

Early Fundraising and the Pride of Burton Award

During these times, Simon raised lots of money for The Brain Tumour Charity through a variety of activities including skydiving, putting on local concerts with local bands, and even an Elton John lookalike. His daughter and nephews also joined in with the fundraising by taking part in multiple sponsored walks. In 2016 he was awarded a Pride of Burton award for his courage and fundraising efforts by the Burton Mail. Halloween and Christmas were always a joyous occasion as he proudly produced annual videos at the Tall Chimney, which became legendary in Swadlincote. After the course of radiotherapy ended, he was offered a course of chemotherapy in tablet form, with the scans still showing as stable. By now, he was losing the use of his arm due to cancer attacking the part of the brain which impacts the mobility of his left side.

Progression of the Illness

In April 2021 he was given the devastating news that his brain scan showed deterioration and was told that he had less than 12 months to live. Hours after he had received the news, he was urgently admitted into Royal Derby hospital as clots had formed on his lungs. A couple of days later he was transferred to the Nightingale MacMillan ward and his family was told to prepare for the worst. After a few weeks of care, he was able to recover from the clots, only to develop pneumonia, which he also fought through and recovered from. His mobility had rapidly decreased and now he had lost the use of his left leg. Alongside this, he was also showing signs of confusion and slurred speech. Despite this rapid decline, he was well known for his humour and cheekiness to all of the nurses and doctors. They were all amazed at his optimism and bright outlook. Unfortunately, to the surprise of the staff, his condition once again became suddenly worse, and he finally succumbed to this awful disease on the 4th of June 2021, aged just 36.

Brain tumours are the biggest cancer killer of children and adults under 40. Research offers the only real hope of dramatic improvements in the management and treatment of brain tumours. Over £700m is spent on cancer research in the UK every year, yet less than 3% is spent on brain tumours. So far, Simonʼs friends and family have raised over £1,000 for The Brain Tumour Charity in his honour. Letʼs continue to do our bit and raise much more to help others beat cancer.

We are proud to have attained certification for Quality, Environmental and Health & Safety Management for our Shotblasting, Powdercoating, Paint spraying, Metal spraying, and Electrophoretic Deposition (EPD) for Commercial, Industrial, Automotive and Rail metalwork.

Proud to have worked with:

Great reasons to use Pym&Wildsmith

Wide range of services for a complete metal finishing package

Facility for large scale items up to 6.45 metres